WILLIE JONES SHARES “DOWN BY THE RIVERSIDE,” FIRST NEW MUSIC SINCE SIGNING WITH SONY MUSIC NASHVILLE

SHARES “DOWN BY THE RIVERSIDE”

Willie Jones broke barriers in country music with his song “American Dream” and revolutionary debut album ‘Right Now’ earlier this year. Now he shares “Down by the Riverside,” his first release since signing with Sony Music Nashville in partnership with The Penthouse. Listen HERE.

“Down by the Riverside” was written by Jones, Josh Logan, and Jason Afable and produced by Jason Afable. It’s an electrifying party anthem that finds Jones embracing his Deep South Louisiana roots and all that he was raised on — from crawfish and cornbread to a two-step shuffle. Jones is notorious for his ability to “slide expertly between traditional country flourishes, R&B inflections and hip-hop patterns in two different octaves” (NPR), and he does just that on “Down by the Riverside,” blending swampy banjo and harmonica sonics of the dirty south with beat-heavy R&B.

“This song is straight Louisiana jambalaya: Swampy, Sexy and drippin’ all over the floor,” says Jones. “Jason, Josh and I have a great chemistry and this one hits hard from that first harmonica lick and keeps you greasy ‘til the end.”

With over 51 million streams across tracks, “Down By The Riverside” is the follow up to Jones’ critically acclaimed debut record ‘Right Now’, which led to his Grand Ole Opry debut this past March and a performance of the poignant “American Dream” on NBC’s The Tonight Show Starring Jimmy Fallon.

EBONY recently named him one of the five artists who are the future of country music, calling him a “a renegade who only wants to push the genre to change and move forward,” and he’s been named an artist to watch by Rolling Stone, PEOPLE, ET, Wonderland, Spindle, tmrw, Fabulous, Maverick and more. His “American Dream” music video was nominated for Video of the Year for the 2021 CMT Music Awards today, HERE.

Jones is expected to release more new music this year. In the meantime, visit williejonesmusic.com 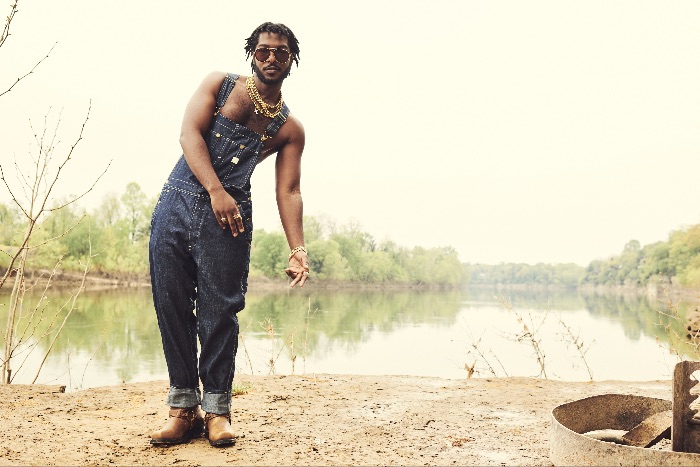