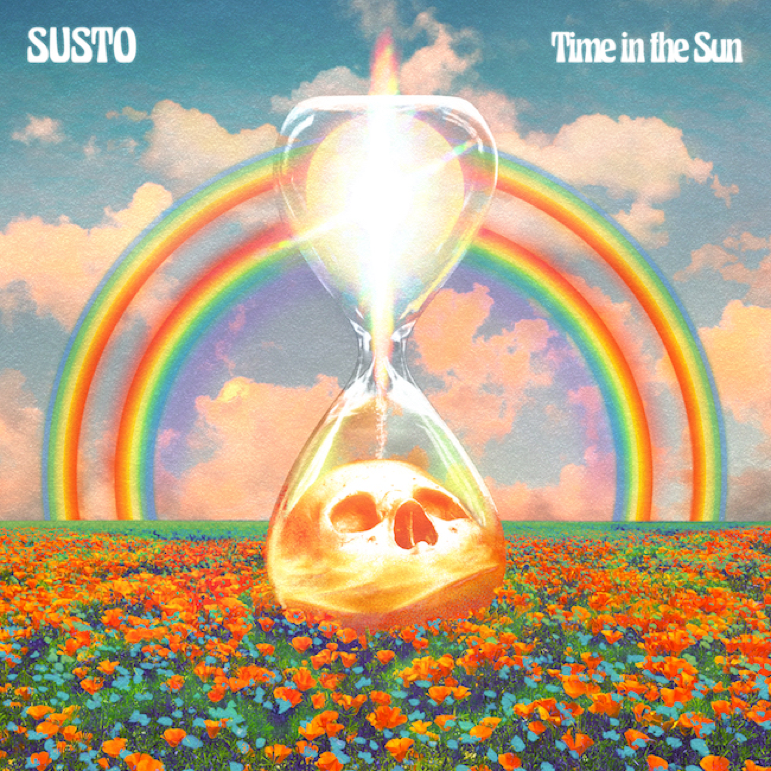 SUSTO have released their brand new single ‘Summertime’, a wonderfully sunny tale of youth, love and personal growth. The track premiered with Brooklyn Vegan last week and is the latest to be taken from their upcoming new album Time In The Sun, out October 29thvia New West Records. Listen to ‘Summertime’ here.

Speaking about ‘Summertime’, frontman Justin Osborne said, “The song is about young love, and those heartbreaks that come and go like a whirlwind. They hurt like hell in the moment, but they also make you who you are and teach you how to love. It felt fitting to include this on ‘Time in the Sun’, because the album is a synopsis of my life in some ways, and even though they didn’t pan out, those relationships I had on the way to where I am now, are a big part of my story and my personality. So I guess this song is an ode to young love, and the lessons we learn from it.”

‘Summertime’ follows the album’s first single ‘Get Down’, which previously premiered with SPIN. Detailing the story behind the track, Osborne explained “Although it carries a fun and lighthearted air, the song was actually inspired by a scary time in my life, when a close friend was battling substance abuse issues and openly discussing suicide. I knew it was a cry for help, but at the same time I was privately dealing with some of the same issues and felt unable to help because of my own problems.

“As I began to write the song,” he continued, “I realised that there was hope and even strength in the knowledge that we were both struggling. Although we were coping with mental health separately, it still felt like we were kindred. I eventually took this song to that same friend, and they helped me finish it. Now it feels like we’ve both found our way to a better place mentally and emotionally. The song is like an anthem for finding those people in your life who are struggling like you, then overcoming those struggles together. That person could be a friend, a partner, a family member, or even a stranger…sometimes we all just need a struggle buddy, and that’s basically what ‘Get Down’ is about.”

Both new tracks are taken from Time In The Sun, an 11-song set produced and engineered by Wolfgang Zimmerman (Band of Horses) in the band’s hometown of Charleston, South Carolina. Time in the Sun follows their critically acclaimed 2019 studio album Ever Since I Lost My Mind which Paste raved was “a resounding triumph.” The joy of birth, the closure of death, the warmth of true friendship, and the future rotate on the axis of the band’s New West Records debut. Osborne distils this ebb and flow into songs underpinned by lyrical eloquence, unpredictable dynamics, and a thoroughly alive rock and roll spirit.

Prior to entering the studio, Osborne became a father and midway through recording, lost his own father to cancer. Osborne says, “Because I had begun writing when I found out I was going to be a dad, these events were the biggest inspirations for the record. It felt like I was in between the beginning and end of life. Up until my own father passed away, I felt like it was an album about new life and becoming a parent. His passing shifted the narrative towards the cyclical nature of life, death, and new births.”

Since 2013, Osborne has quietly prepared to make such a statement as Time in the Sun. He began penning songs as a teenager in South Carolina and after a hiatus from music, relocated to Havana, Cuba. While there, he befriended local musicians who encouraged him to focus on writing songs again. The band’s name SUSTO is derived from a Latin American term that can be roughly translated as ‘panic attack’. Osborne said, “That deep fright was something that I was experiencing, and songwriting felt like it was helping me cure it.” SUSTO has become a live favourite through constant headline touring, support dates with The Lumineers, Band of Horses, The Head and the Heart, as well as festival appearances at Austin City Limits, Hangout Fest, Stagecoach, Hopscotch, Pickathon, AmericanaFest and more.