Nashville’s Australian country sensation Morgan Evans has shared the brand-new, avant-garde video for his huge summer hit ‘Day Drunk’, which topped both the Aussie Pop and Country charts and continues to grow across streaming platforms now having amassed over 85million global on demand streams.

The video sees Morgan continue to push boundaries with its innovative production. Directed by Colin Duffy and filmed in Long Beach, CA, the clip retraces Evans’ steps on a bright, booze-filled adventure that ends with a splash and was shot completely in reverse, so Evans had to learn to sing the entirety of the track backwards.

It features on the new Warner Music / Warner Nashville released album Things That We Drink To, alongside his huge US debut single ‘Kiss Somebody’, which hit #1 at US Country Radio while claiming Country Work of the Year at the 2018 APRA Music Awards and the popular country-pop collaboration with his wife Kelsea Ballerini on ‘Dance With Me’.

Following its release last year, Morgan has spent most his time on the road, playing sold out shows across Australia, Canada and the US as well as supporting the likes of Chris Young, Old Dominion, Dan + Shay and now Rascal Flatts on their Summer Playlist Tour.

To continue the party he will be embarking on his headline World tour this autumn where he will perform 26 headline shows in 8 countries, including dates in Dublin, Glasgow, Liverpool and London before performing at this year’s The Long Road festival next month. This is his first appearance in the UK since he played at the 2018 C2C festival.

The final few tickets remain for his show in London at the O2 Academy Islington and can be purchased at https://www.morganevansmusic.com/. 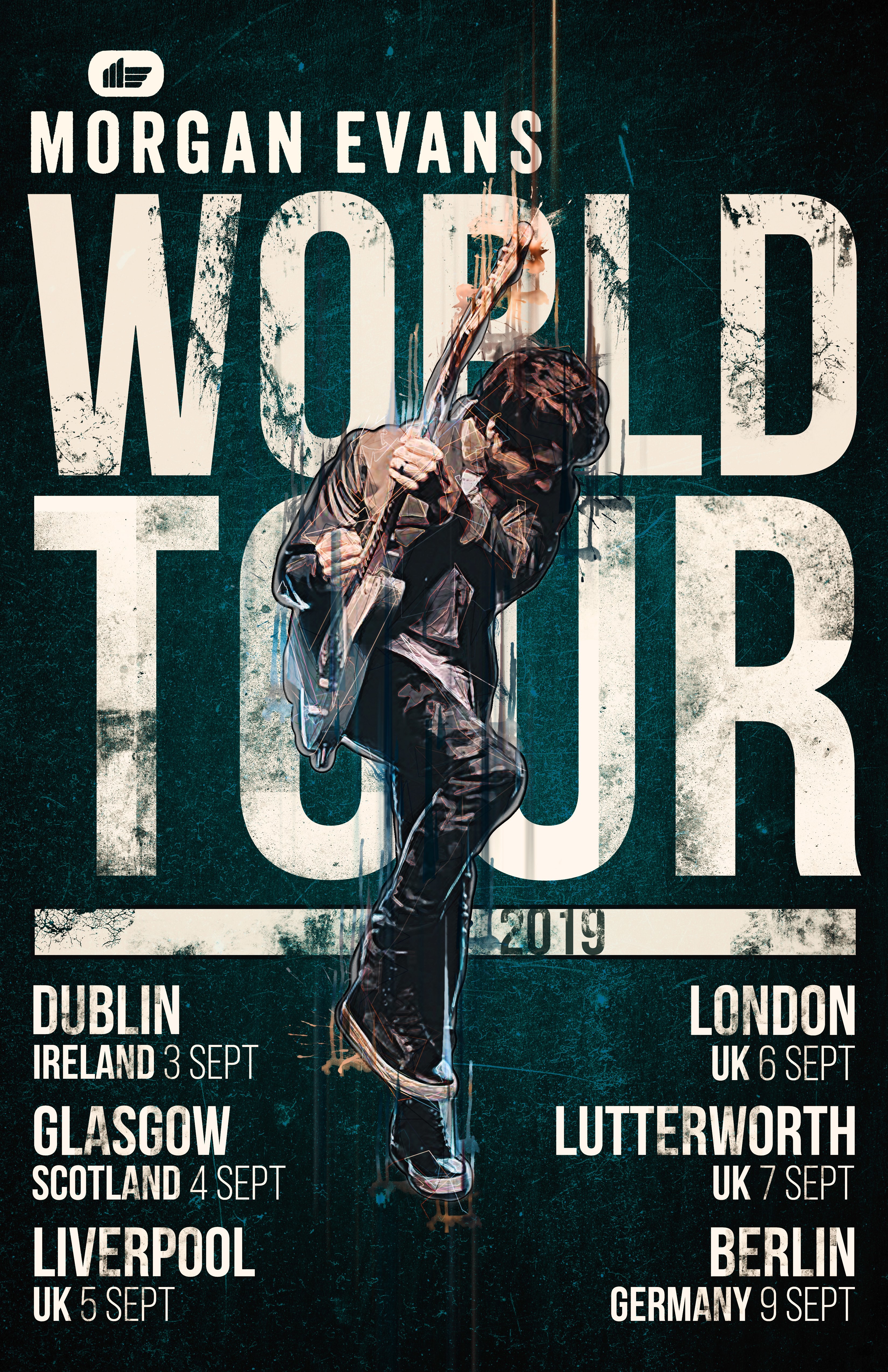 Highly praised by the likes of Maverick Magazine, Rolling Stone, CMT, SiriusXM, Billboard, PEOPLE and MusicRow, Evans’ stellar one-man-band setup and upbeat, story-telling country-pop has been winning over the hearts of UK music fans who have been eagerly awaiting his return and sees him continue his rise to global stardom.