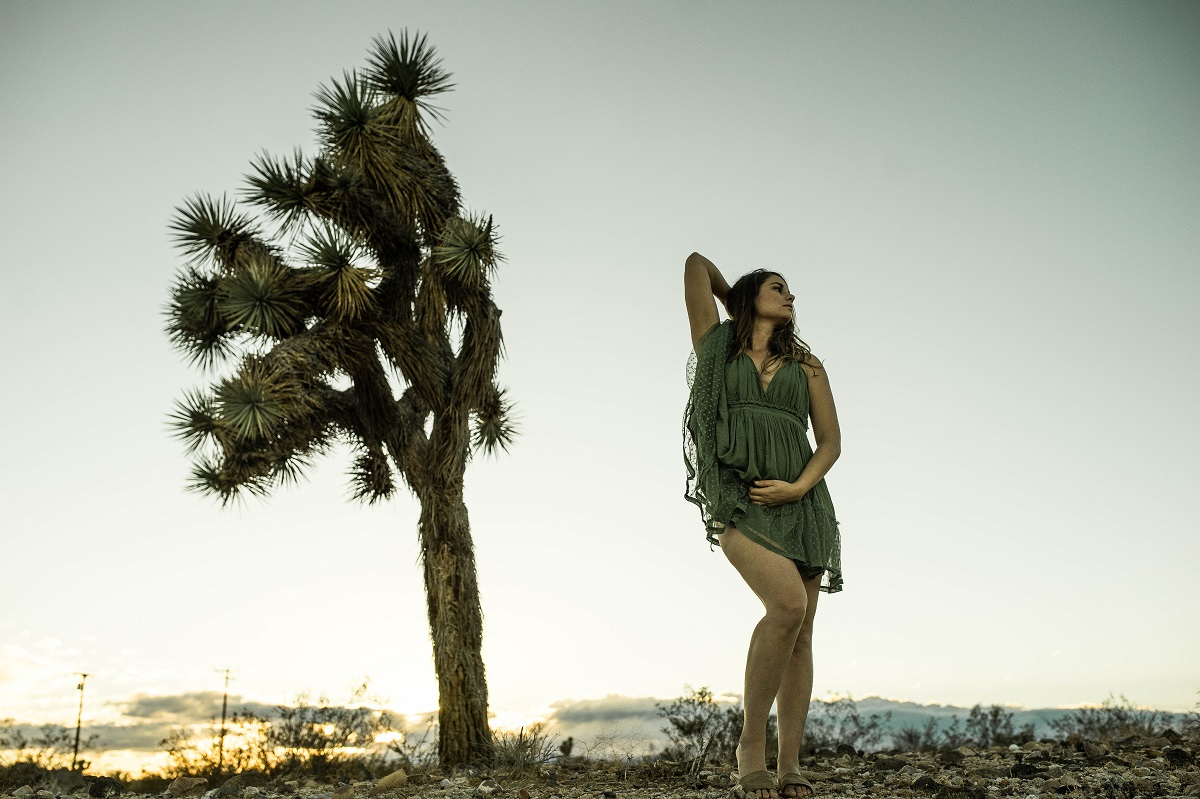 Audrey Spillman matches the slow burn of a torch song with the blazing feeling of falling in love on Neon Dream. Produced by her husband Neilson Hubbard and recorded in Nashville, the compelling project provides a snapshot of her life over the last five years, from getting married and starting a family, to grappling with grief and saying goodbye. It’s also a melting pot of styles that she’s always loved, as elements of jazz, soul, and pop weave their way through the set.

“The sound I was going for was something that represented the music I’ve always loved and been drawn to,” she says. “I love music where the voice is the main focus, where it’s brought to the forefront and everything surrounds it.”

The title of Neon Dream is lifted from a lyric in the album’s lead single, “Austin Motel.” With its simmering tempo and seductive vocal, the track is a testament to a love that continues to deepen. Spillman wrote the song after she and Hubbard road-tripped from Nashville to Texas when they first started dating to pick up a repaired piece of studio gear; they spent a few nights in the Austin Motel on South Congress before heading back. “I had never been to Austin and we had an amazing time,” she says. “That was one of the trips where we really got to know more about each other.”

The album then eases into “Summertime,” the classic torch song from Porgy & Bess. Spillman says she’s felt a connection to it from the first time she heard it on an Ella Fitzgerald compilation album in high school. Tapping into a dark and swampy vibe in the studio, she effortlessly delivers a commanding rendition. Upon hearing her version, BBC presenter Bob Harris commented, “This is amazing. Considering how many times this song has been recorded, to bring something new and powerful to it is a true achievement.”

Spillman notes, “The reason I’m so drawn to that song is that it creates a visceral reaction within me. As an artist, I try to create that emotion as well to the best of my ability. I want to create an intimacy with the listener by creating an emotive space. That is the theme that runs through this album for me.”

An artistic path has been part of Spillman’s life from the start. Spending her early childhood in St. Simons Island, Georgia, she would often tag along to the beach with her mother, who would paint the wildlife, and her father, a photographer. She and Hubbard are now photographers as well. “My childhood was a magical experience and I think that spirit has always stayed within me,” she says. “That’s one of the reasons that place is so special to me. It makes me feel like a kid, and I try to live that way. I try not to lose that.”

Moving to the Nashville area as a freshman in high school, she received a guitar as a Christmas gift from her father when she was 16, with encouragement to bring together her talent for singing and poetry. She taught herself to play by writing songs on it. After graduation, she remained in Nashville and earned a business degree from Belmont University.

In the 2010s, she befriended a number of like-minded singer-songwriters who were honing their skills, too. Before long, she became a regular on local line-ups and placed the song “Overnight” on Amy Grant’s Somewhere Down the Road album in 2010; she co-wrote it with Grant, Natalie Hemby, and Luke Laird. During this time, Spillman also released two EPs: Fade in 2008 and Part of Me in 2011.

Then she landed a role in the independent film, Wheeler, alongside Stephen Dorff and Kris Kristofferson. During filming, she asked Kristofferson’s wife if he might consider singing a duet for her next project. He agreed and recorded “I’ve Got to Have You” with Spillman on her 2016 project, Thornbird.

Since that time, her songwriting has taken a more personal turn. She describes Neon Dream as “a more intimate view” into the story of her life. The poignant ballad “Red Balloon” stems from the relationship between a father and daughter, as well as the journey of becoming your own person. Perhaps the album’s most tender moment, “Little Light of Mine” is a sweet ode to her young son, Cole. The spiritual final track, “Go On and Fly,” which features a guest harmony by Garrison Starr, was written as her stepmother was dying of lung cancer. At the request of her stepmother, Spillman sang it at her funeral.

Yet, there’s also power in a song like “Breakthrough,” where she is defiant to shake off everything that’s ever held her back – with the rock attitude and arrangement to make you believe it. Showcasing her enticing voice and impressive range, the bright pop melodies of “Beyond the Blue” and “Never Gonna Give You Up” show confidence in a new relationship. Meanwhile, “White River” is a dark narrative about the plight of Cherokee Indians, hinting that she’s got more sonic textures ready to surface in the albums to come.

But for now, Neon Dream captures a pivotal season in her life, with the vivid imagery in every song still transporting her to the moment that inspired it. By working with friends and her husband in a home studio, she felt relaxed enough – and brave enough – to share her heart. 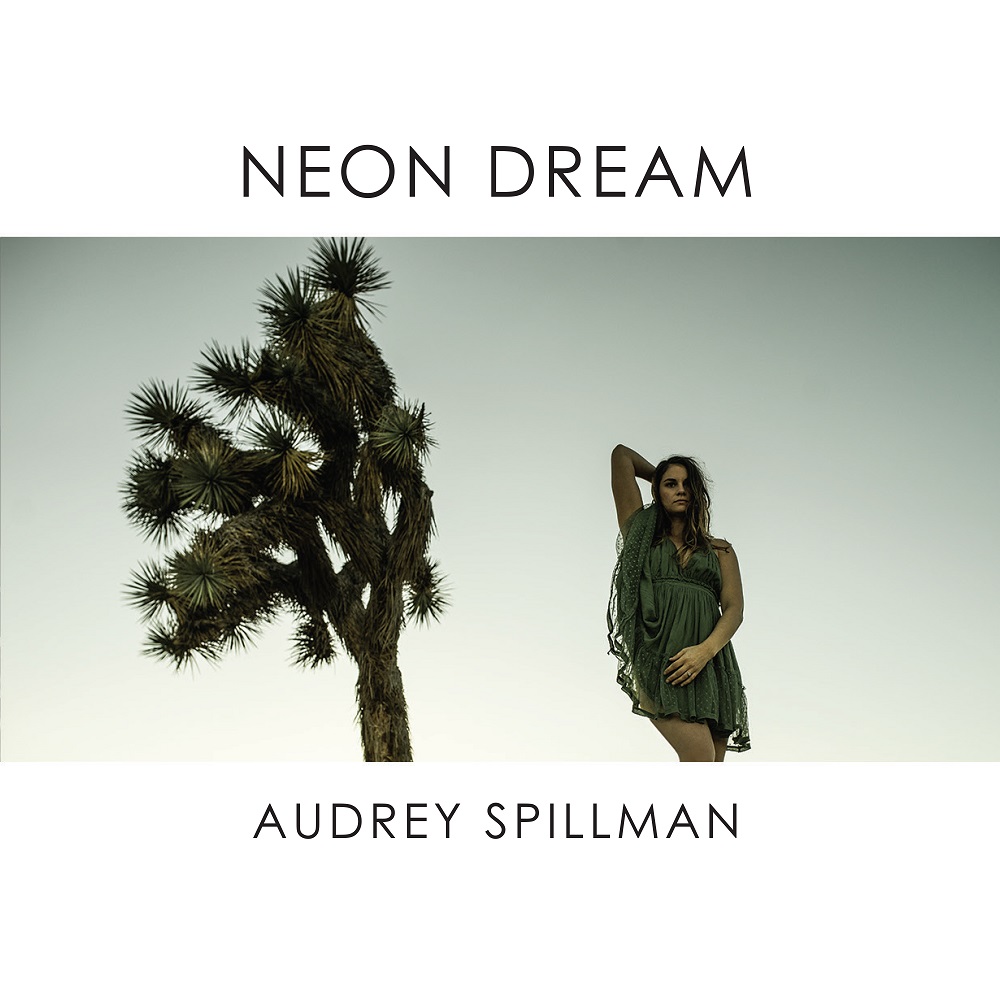