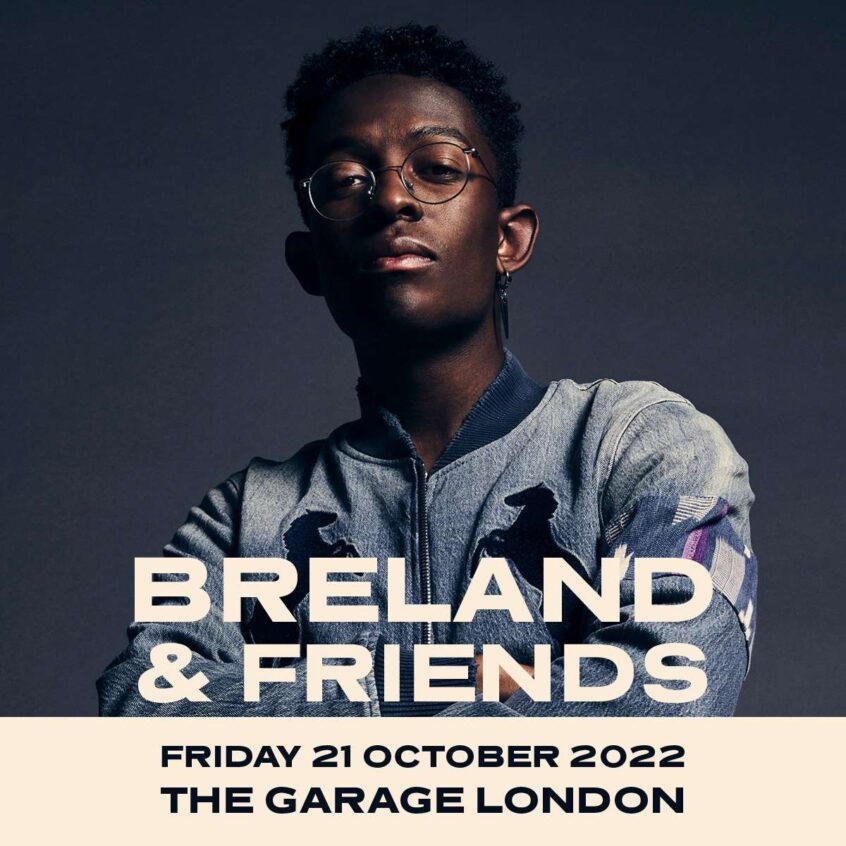 Platinum-certified genre-blending artist BRELAND has announced his first UK headline show and he will be joined by a host of special guests to celebrate the occasion. The BRELAND & Friends show will take place at The Garage, London on October 21st.

Tickets go on sale at 10am Friday 19th August here.

Regarding the show BRELAND says, “I haven’t been shy about how playing in London for C2C was my favourite experience as an artist. As soon as I left, I started looking for more opportunities to tap into the UK music scene, setting up interviews and dropping a song with Maisie Peters. I couldn’t be more excited to announce Breland & Friends London – I can already tell it will be an unforgettable night.”

BRELAND’s collaboration with Maisie Peters on her single ‘Cate’s Brother’ is one of a number of huge pairings BRELAND has revealed over the past 12 months alone.

Most recently BRELAND released his new single ‘Told You I Could Drink’ featuring country superstars Lady A. The track is taken from his forthcoming debut album CROSS COUNTRY out September 9th via Bad Realm Records/Atlantic Records/Warner Music Nashville and available to pre-order here.

It features further exciting collaborations with Ingrid Andress, Mickey Guyton, Thomas Rhett and Keith Urban. BRELAND has co-written every song alongside an impressive list of some of the most in-demand songwriters including Ashley Gorley, HARDY, Sam Hunt, ERNEST, Ryan Hurd and more.

A phenomenal performer, BRELAND stunned UK fans with his standout shows at C2C Festival earlier this year. BRELAND will be bringing his crowd-thrilling live set back to the UK in October, first touring the UK with Russell Dickerson, before finishing with his BRELAND & Friends headline show in London on October 21st.

The first BRELAND & Friends show took place in Nashville in April and proved a star-studded event with appearances from the likes of Nelly, Thomas Rhett, Charles Kelley, Mickey Guyton and more. Fans can expect another stacked line up in London as BRELAND celebrates the release of his debut album with his friends from both sides of the Atlantic.

Here For It (feat. Ingrid Andress)
County Line
Praise The Lord (feat. Thomas Rhett)
Natural
Told You I Could Drink (feat. Lady A)
For What It’s Worth
Happy Song
Growing Pains
Throw It Back (feat. Keith Urban)
Thick
Cross Country (feat. Mickey Guyton)
Good For You
Don’t Look At Me
Alone At The Ranch 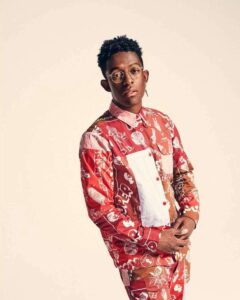 With PLATINUM breakout ‘My Truck’, singer/songwriter/producer BRELAND has emerged as a bold new force on today’s music landscape. The Breakthrough Artist by Amazon Music first popped off when the hip-hop and country hybrid hit No.1 on Spotify’s Global Viral 50 in 2019, and a remix featuring Sam Hunt landed on best-of-the-year lists from NPR to The New York Times. Adding to his 600 MILLION+ career streams, BRELAND is previewing his highly anticipated debut CROSS COUNTRY coming September 9th with infectious releases ‘Told You I Could Drink (feat. Lady A),’ ‘Natural’, ‘Praise The Lord (feat. Thomas Rhett),’ GOLD-certified ‘Throw It Back (feat. Keith Urban)’ and title track (feat. Mickey Guyton).