On Tour Now with Keith Urban

3x GRAMMY-nominated singer-songwriter Ingrid Andress is finally sharing “Blue” with the world today (LISTEN HERE), a song fans have been eagerly awaiting since it was added to her live set list. The poignant track was co-produced by Andress and frequent collaborator Sam Ellis, who also share co-writing credits alongside Derrick Southerland and Shane McAnally. Rolling Stone also premiered the accompanying ethereal visualizer today, describing the delicate ballad as a reflection of “the sweetest moments that come with falling in love” (READ HERE).

“‘Blue’ encompasses everything that I was feeling in finding love that is actually healthy,” Andress says. “My mind figured it out before my body did—I must be feeling this way if I’m writing it. I listened to it and thought ‘Oh, I must be in love, maybe.’ It was wild how writing the songs for this album, and the realizations I was having in real time, were changing my trajectory.”

Her current Gold-certified single, “Wishful Drinking” with Sam Hunt, is also making its way toward Top 15 at country radio. With more than 160 million global streams to date, it has already proved to be a streaming success after debuting at No. 8 on Spotify’s all-genre Top 10 USA Song Debuts Chart. Making its TV debut on The Late Show with Stephen Colbert (WATCH HERE), “Wishful Drinking” has been praised by V Magazine as “a moving country-pop ballad that perfectly combines Andress’ soft pitch and Hunt’s husky vocals.”

Both songs will be featured on Andress’ highly anticipated sophomore album, Good Person, available everywhere August 26th (PRE-SAVE/ORDER HERE). The forthcoming LP finds Andress returning to the reflection and confession at the core of her GRAMMY-nominated debut – and plumbs even deeper. The acclaimed singer-songwriter co-produced and co-wrote all 12 tracks on Good Person, including the titular track, as seen on The Tonight Show Starring Jimmy Fallon (WATCH HERE) and the recently released “Pain,” which she performed on Late Night with Seth Meyers (WATCH HERE) earlier this summer.

This album also sees Andress entering the next chapter of her career following her record-breaking debut, Lady Like, named “one of the year’s strongest albums” by Associated Press and one of Billboard’s Top 10 Best Country Albums of 2020. The celebrated LP scored Andress three GRAMMY nominations including Best New Artist, Best Country Album and Best Country Song for the multi-platinum No. 1 radio single “More Hearts Than Mine.” She is also a 4x ACM Award, 3x CMA Award and 2x CMT Music Award nominee.

With nearly a billion global streams and fans spanning the globe, Andress is currently on the road now with Keith Urban for his 52-date North American “The Speed of Now World Tour.” 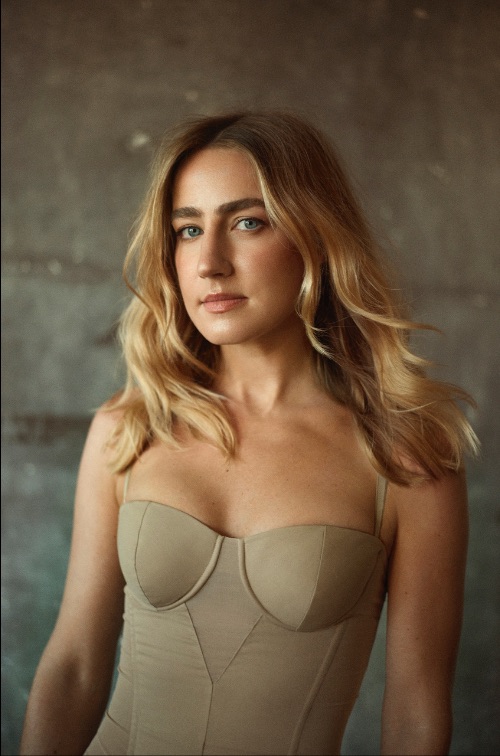